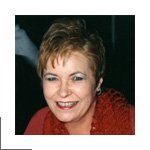 Carol has been acknowledged for her community based small business projects with many local, state and national awards since the late 1970’s when as a fashion designer in Victoria ran her own manufacturing, wholesale, retail and export business for 20yrs.

Presented at 2 Sessions in New York, NGO Forums of the United Nations – Commission on the Status of Women (CSW55) on Asia – Women in Enterprise and Migrant Women

Click here to view past issues of That’s Enterprising Newsletter